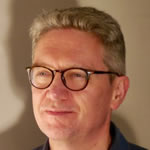 Tim has worked internationally, providing advice and support to Ministers of Health and their teams on large scale transformation programmes. His expertise is specifically in clinical change, increasing value, and other aspects of health policy. Tim was the youngest Fellow (by Assessment of the Royal College of GPs). Tim went on to be the successful founding director of the GP Commissioning Resource Unit in the Oxford Region and the RCGP Quality Unit. After a Fellowship in Harvard with the Department of Healthcare Policy and IHI, Tim then went on to be a senior policy advisor at the Department of Health in England, working with Ministers and No 10.  He then started at PwC, becoming a Partner in their health advisory Practice. He went on to lead the UK PwC practice, growing it from the third largest firm, to become the most successful. He has most recently been in the Middle East, leading the PwC practice to become the most successful advisory practice in the region. Tim has published widely on quality and safety and most recently has published on the role of Artificial Intelligence in Healthcare. 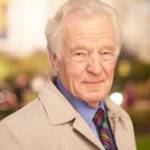 Muir Gray is the Founding Director of the Oxford Centre for Triple Value Healthcare, and a Director of the Optimal Ageing Programme.  He is also an adviser to Public Health England and the Chair of the NHS Health and Social Care Digital service, which is responsible for maintaining the NHS Choices website.  Muir’s work focuses on providing training to healthcare professionals on value based healthcare.

Sir Muir is an internationally renowned authority on healthcare systems and has advised governments of several countries outside the UK including Australia, New Zealand, Italy, Spain and Germany and regularly delivers plenary sessions at international events, the most recent being the 2014 World Health Summit in Berlin, the Big Data in Pharma conference in London in 2015 and the 2015 Transplantation meeting at the Karolinska Institute in Stockholm.

Sir Muir is also a Professor in the Nuffield Department of Surgery at the University of Oxford.  He received the CBE in 2000 and was knighted in 2005 for services to the National Health Service. 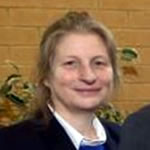 Erica has many years’ experience in using the identification of unwarranted variation to increase value in the delivery of health services. She has edited the NHS Atlases of Variation in Healthcare series (now published by Public Health England, PHE) since the first compendium Atlas appeared under the Quality Innovation Improvement & Prevention (QIPP) Right Care programme in 2010. Since then, she has overseen the writing, editing and production of three compendium atlases and six specialist Atlases.

For PHE, Erica has also worked on the Global Burden of Disease (GBD) Programme for England, and on several projects relating to the health impacts of nationally significant infrastructure projects (NSIPs). Erica is a specialist in Health Impact Assessment (HIA) and in Health in All Policies (HiAP). In 2005, she won the Individual Award in Impact Assessment from the International Association for Impact Assessment, and was also made an honorary member of the Faculty of Public Health. Erica also designs and develops training and skills development courses, tailored for local, national and international audiences. Erica is an Expert Adviser to the World Health Organization European Network of Healthy Cities, and one of her main responsibilities is training and skills development.

Erica is the lead for the Critical Appraisal Skills Programme at the Oxford Centre for Triple Value Healthcare. She is an experienced trainer/facilitator in a range of fields and has worked with a variety of people from health and care professionals and third sector personnel to politicians, students and members of the public. 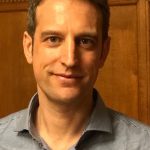 Joe has had extensive experience in senior leadership roles including, Clinical Advisor to NHSE Integrated Care Systems team, a 4 year term as Clinical Chair of Oxfordshire Clinical Commissioning Group (OCCG), previously having the role of Clinical Director for Oxford City. Joe is currently working with Oxford Centre for Triple Value Health alongside his clinical work.  Joe has also been a City Councillor in Oxford having previously been responsible for housing. Joe has excellent communication skills, both with patients and health and care professionals across all sectors.

Joe is experienced in the change management process, and in developing and leading projects and strategies. He also has Board-level decision-making and the subsequent accountability not only for the CCG and for his role with housing. Other non-clinical areas where Joe has particular experience are health inequalities, community services and primary care and older people’s care. 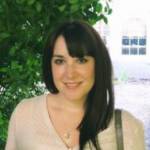 Ruth supports the organisation and coordination of 3V projects, and manages the marketing and communications. Ruth also organises the Critical Appraisal Skills Programme (CASP) workshops and liaises with the trainer network. Ruth has interests around how critical appraisal is used to inform health decisions, both by healthcare professionals and the public. 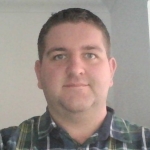 Tom is an accomplished finance manager with an excellent aptitude for business.  He has worked across the private, public and not for profit sectors for the last 15 Years. Tom gained his core experience navigating the financial complexities of the NHS. His analytical and methodical approach to financial management enables the business to understand and absorb information easily. 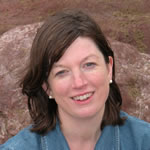 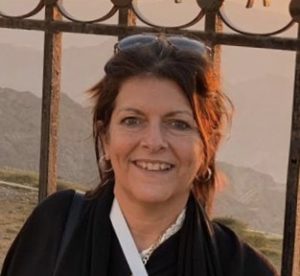 Having started her career as a UK government economist, she went on to work with a “big-five” consultancy before founding an independent consultancy in 1988 which evolved to become Matrix Knowledge and became part of Optimity Advisors in 2014. She subsequently served as President of the EMEA practice at Optimity until May 2019. She is now working as an independent health systems economist.

Throughout her career, she has directed numerous national and international strategic engagements and research projects across the health and welfare sectors. Her experience includes the economics of public health; service and care-pathway design; healthcare systems including contracting and financing; and access to healthcare and disparities for vulnerable groups. Her recent interests include value-based healthcare systems, integrated health and social care and the role of digital health in accelerating improvement. She has been research director for numerous studies for the then Department of Health and related arms-length bodies, the NHS, the wider UK health sector, USA health agencies, European Institutions and, in recent years, health agencies in the Middle East.

Jacque was a founding convenor of the joint Campbell and Cochrane Economics Methods Group in 2002. Since 2017 she has been an Advisory Board member for the Nottingham School of Economics. 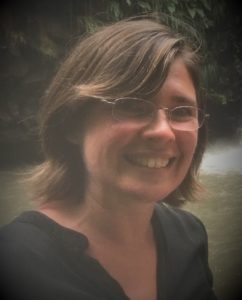 Diane’s career path has taken her along many roles in healthcare and across the world. After training as a physician and working in hospital medicine for several years, she moved into public health, where her interest for strategy and applied health policy flourished. As a Primary Care Trust director of strategy, she embedded population health as the starting premise for her team’s approach to commissioning, the results of which fuelled her passion for value-based care: using outcomes that matter to drive clinical improvements and assess performance, making best use of the resources available. In her year spent in the US as a Commonwealth Fund Harkness Fellow in Healthcare Policy & Practice, Diane studied the impact of value-based care on front line clinicians in three different healthcare systems across southern California and New York, describing the impact of incentives and strong clinical leadership on front line culture and behaviours.

On her return to the NHS, Diane used her experience and knowledge to design and deliver Bedfordshire’s pioneering outcomes-based prime provider contract for musculoskeletal care. She then applied similar outcomes-based approaches to other conditions and pathways within Bedfordshire, before moving into consultancy, helping others across England adopt and adapt the techniques to either commission for outcomes or collaborate to provide healthcare that delivers improved outcomes. After several years as Director of Insight at Cobic, Diane moved to PA Consulting, providing her the opportunities to advise and support value-based approaches in the life sciences sector, and in healthcare settings across the UK and Europe.

After her decades of experience within the NHS and years of consultancy experience, Diane can now offer a unique blend of first-hand experience of almost every aspect of designing and implementing value-based care. She has worked with policy makers, clinicians, commissioners, and system leaders to inform, advise, support and nurture. 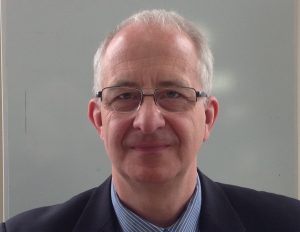 Nick Relph – Chair of the Board

He was MD of a CSU for 4 years from 2012 and most recently has been a NED on an NHST and Chair of Gloucestershire Integrated Care System. He currently Chairs the Gloucestershire Carers Board and is Chair of the Oxford Centre for Triple Value Healthcare.

In addition to his NHS leadership experience, Nick brings with him valuable private sector experience which he gained over 6 years as a Non-Executive Director of a Private Healthcare company.  He also spent a year working with the Independent Sector on a scheme to develop new elective hospitals and capacity in the South West.

He is a geography graduate and qualified accountant and is a member of the Chartered Institute of Public Finance and Accountancy.